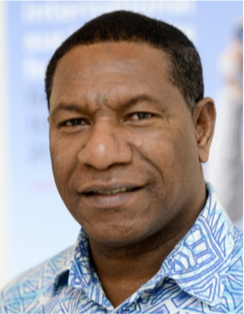 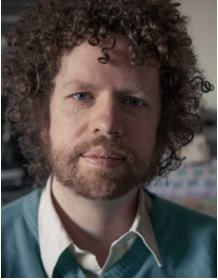 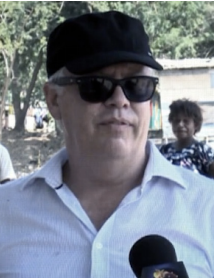 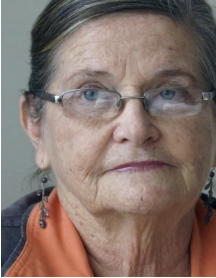 Joe Moses was a resident of Paga Hill and elected Chairman of the Paga Hill Community in 2012. A trained anthropologist, he was employed by the University of Papua New Guinea as an administration assistant. He led the community in its attempt to resist the eviction by the Paga Hill Development Company (PNG) Ltd. Assisted by many in the community, he created the Paga Hill Heritage Association and tried to use the justice system to prevent the eviction. His house was the first to be bulldozed followed by his neighbours’, and later in 2014, the church and the school. He has continued to fight for adequate restitution and for his efforts has been harassed by the police and has received death threats. In May 2014, he was approached by plain-clothed police who sought to arrest him without an official warrant and he was forced into hiding. Afraid for his life (and his family), he has left PNG temporarily and continues to seek support for his struggle from international sources. In 2017, he received support to study a short course in International Human Rights Law at Nottingham University (6).

Kristian Lasslett is a Lecturer in Criminology at the University of Ulster and sits on the International State Crime Initiative executive board. He is editor of the State Crime Testimony Project and joint editor-in-chief of State Crime. Kristian has a long history of investigating human rights abuses and corruption in Papua New Guinea. His PhD focussed on the Bougainville Crisis and the culpability of Rio Tinto and Bougainville Copper Limited in human rights abuses. Kris has been working on collecting evidence in the Paga Hill land dispute since May 2012.

Gudmundur Fridriksson is the Chief Executive Officer at Paga Hill Development Company PNG Ltd (PHDC). He was also the Director of CCS Anvil, consultants to PNG Government departments from 2000 to 2006. Fridriksson is a resident of Queensland and a former chief executive of Cape York Institute. He has managed projects in PNG, Europe, China, Hong Kong and Australia.

Australian-born Dame Carol Kidu was the wife of the first Indigenous Chief Justice of PNG, Buri Kidu. In 1997, after her husband’s death, she entered Parliament and was a Minister under Sir Michael Somare’s Government. Following Peter O’Neil’s takeover of the Government in 2011, Dame Carol Kidu became leader of the Opposition. She resigned her position in July 2012. Dismayed by the decision to negate the status of the Paga Hill area as national park, she became a forceful advocate for the rights of the Paga Hill community. In May 2012, she issued a scathing statement detailing the numerous breaches of the Land Act that occurred in the Paga Hill land acquisition by PHDC. Following her resignation from Parliament, Dame Carol formed a consultancy company called CK Consultancy, which entered into a contract with PHDC. Her contract with PHDC focused on negotiating the resettlement of the Paga Hill community and re-homing the evicted residents of Paga Hill. Dame Carolargues that she didn’t not know all the facts back in 2012 when she campaigned against PHDC and wrote to PHDC (PNG) Ltd accordingly. With financial help from PHDC, she unsuccessfully sued The Opposition filmmakers, seeking an injunction in the Supreme Court of New South Wales to stop parts of the film in which she appears or which she facilitated from being screened. Her argument was breach of contract and unconscionability, claiming her consent to be filmed was used for a different purpose than for which it was given.

Stanley Liria is a lawyer from the Southern Highlands of PNG and Principal of Liria Lawyers. He became a major shareholder of Anvil Holdings Limited, a Fridriksson vehicle in 2011. He is also a major shareholder in PHDC. It was Liria who accompanied the PNG police at the issuing of ultimatums to the Paga Hill community in April 2012.

Michael Nali is a prominent PNG politician from the Southern Highlands. When he was Minister for Civil Aviation, Culture and Tourism, he declared the Paga Hill Development as a project of national significance, thus facilitating the review of the lease to Gudmundur Fridriksson’s PHDC. He is also a shareholder in PHDC.